“We have confidence to enter the Most Holy Place by a new and living way opened for us through Christ Jesus.” Heb. 10:19

For centuries, Abraham’s descendants were preserved as God’s chosen people.  They were given exclusive access to the one true God through revelation, tradition, and the Torah.  There are hints in the books of the prophets that non-Jews would be invited into the family of God, but it isn’t until Jesus came into the world that the plan was fully revealed.  He was God’s entry ticket into the kingdom.  “Whosoever will may come.” Rev. 22:17

I ask, then, has God rejected his people? By no means! I myself am an Israelite, a descendant of Abraham, a member of the tribe of Benjamin. 2 God has not rejected his people whom he foreknew. Do you not know what the scripture says of Elijah, how he pleads with God against Israel? 3 “Lord, they have killed your prophets, they have demolished your altars; I alone am left, and they are seeking my life.” 4 But what is the divine reply to him? “I have kept for myself seven thousand who have not bowed the knee to Baal.” 5 So too at the present time there is a remnant, chosen by grace.

Can you say that the one whom the Father has sanctified and sent into the world is blaspheming because I said, ‘I am God’s Son’? 37 If I am not doing the works of my Father, then do not believe me. 38 But if I do them, even though you do not believe me, believe the works, so that you may know and understand that the Father is in me and I am in the Father.” 39 Then they tried to arrest him again, but he escaped from their hands.

40 He went away again across the Jordan to the place where John had been baptizing earlier, and he remained there. 41 Many came to him, and they were saying, “John performed no sign, but everything that John said about this man was true.” 42 And many believed in him there.

Therefore, brothers and sisters, since we have confidence to enter the Most Holy Place by the blood of Jesus, 20 by a new and living way opened for us through the curtain, that is, his body, 21 and since we have a great priest over the house of God, 22 let us draw near to God with a sincere heart and with the full assurance that faith brings, having our hearts sprinkled to cleanse us from a guilty conscience and having our bodies washed with pure water. 23 Let us hold unswervingly to the hope we profess, for he who promised is faithful.

The three major monotheistic religions, Judaism, Christianity and Islam make up over 57% of the world’s population, and all share a common source–Abraham.  From his descendants, approximately 2,000 years later, Jesus was born.  If he had come to save only the Jewish nation, we likely would have never heard of him.  God preserved his word through revelation, tradition, and the Torah. The Jews were waiting for a Messiah to lead them to victory.  When he came, they did not recognize him.  Crucifixion (“cursed is anyone who hangs on a tree”) and resurrection revealed a new and living way to enter the kingdom of God. The faith was passed on to the rest of the world through Jesus.

Some day, our Queen will die and there will be an inauguration of a new King.  Imagine if we were all given a personal invitation to attend.  Who wouldn’t put on their finest and find a way to be there?  We have been given an invitation to enter the kingdom of the King of Kings and Lord of Lords.  The gates of the temple have been opened.  Let us enter with grateful hearts.

Lord, We have been given access to the Kingdom of God because of Jesus. We are grateful that you chose the Jews to hold this treasure until his coming. Let us never lose sight of the cost of obtaining this inheritance.  Amen 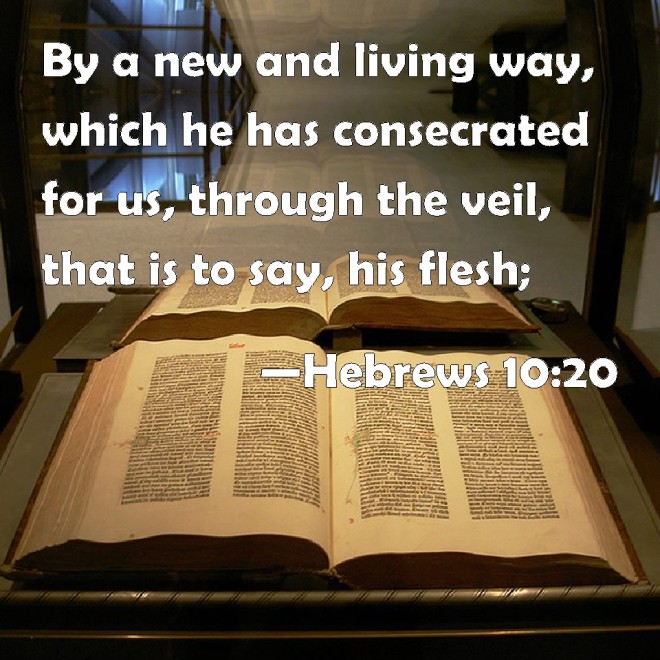